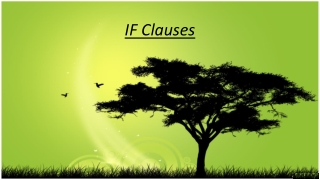 IF Clauses. To express a consequence depending on a condition, we use the conditional, which consists of an IF clause . The IF clause can precede or follow the main clause. When the IF clause comes first, a comma is placed between the two clauses.