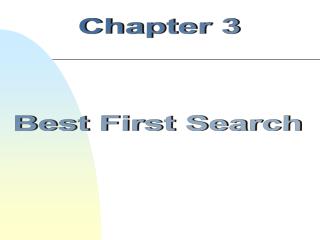 Recursive Best-First Search - . rbfs is a linear-space algorithm that expands nodes in best-first order even with a

Chapter 3 Best First Search - . best first search. so far, we have assumed that all the edges have the same cost, and