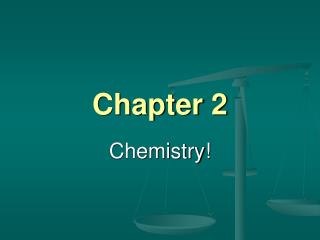 Chapter 2. Chemistry!. MATTER!. Everything around you is made of matter. Matter is anything that has mass and occupies space. What’s mass again?. Composition of Matter. Elements are one of the simplest chemical substances…can’t break down! 90 occur naturally on Earth