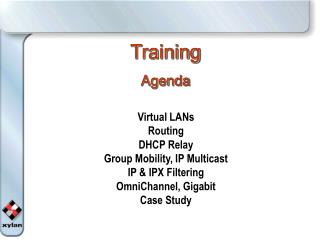 Training Agenda - Section 504 &amp; the adaaa: how changes in the law impact your child with a disability or special

Training Agenda - . why is food safety important for food pantries?. people who receive food from agencies trust you to