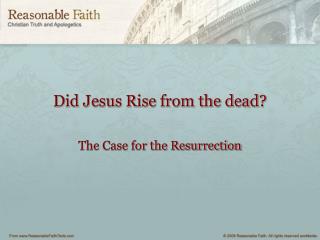 Dead Sea Scrolls - . until the discovery of the dead sea scrolls, the oldest available hebrew manuscript of the old

Day of the Dead Altares Del Mundo A Celebration of Remembrance - . the day of the dead ( el día de los muertos) in

WE INVITE YOU TO SIGN THE WHITE ATTENDANCE PAD so that we may celebrate your - Presence with us today! please pass it on

Come take the bread, come drink the wine, come share the Lord. - We gather here in jesus’ name, his love is burning in

Did Jesus Rise from the Dead? - . can we compete intellectually?. how many of us have actually done some research about