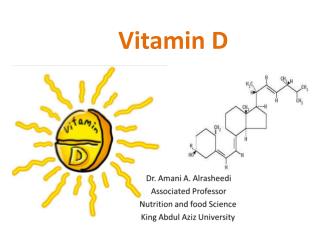 VITAMIN D - . by andrew grieve. where. does. vitamin d. come. from ?. it can come from a bottle like this one right here

VITAMIN D - . its role in cancer prevention &amp; good health. rickets. there have been children in juneau with it !

Vitamin D - . by marek pšenica, martin lenart and josef perner. vitamin d is important for people, because it hepls to

VITAMIN D - . function: essential for bone health . also linked to the treatment and pathogenesis/progression of several

Vitamin D - . the sunshine “vitamin”. history . vitamin d was discovered as a cure for rickets in the early 20 th

Vitamin D - The fat-soluble vitamin d’s most important role is maintaining blood levels of calcium, which it