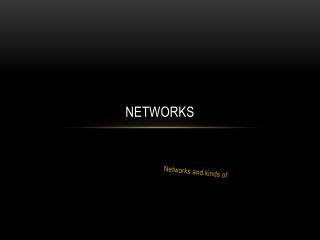 Networks - . by saud , jude and lativia. network components. clients and servers. computer networks exist in many

ITGS Networks - . based on the textbook “information technology in a global society for the ib diploma” by stuart