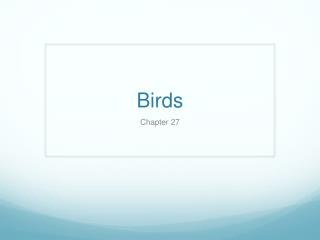 Birds - . feathers – if it has feathers, it’s a bird feathers are really just modified scales birds are also known