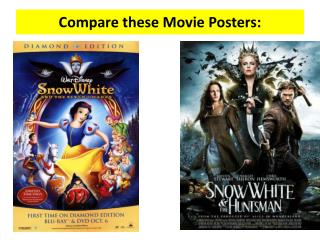 Compare these Movie Posters:. Guess the Learning Objective!. The Bloody Chamber. BAND 6: AO2 Exploration and analysis of key features of form and structure with perceptive evaluation of how they shape meanings. Ch. 5 Media and Ideology - . what is ideology? a set of assumptions used to explain and justify some form of social

Apollo 13 A Leadership Movie ULDP Lesson Plan - . notes to the instructor not a slide for the presentation. recommend all

Westward Expansion - . key questions . why move west? resources that will help our economy grow. how does the movie

Compare And Order Rational Numbers - . ??. participant objective. the purpose of the lesson is to determine participants

Love 4 Ever Movie - Love 4 ever - complete cast and crew details of the movie love 4 ever including synopsis, actors,

The oil Industry - . c.2.1 compare the use of oil as an energy source and as a chemical feedstock c.2.2 compare catalytic

Arya 2 - Probably, it is a sequel of the blockbuser movie “arya” that made people shout, whistle and hoot for every

BEYOND THE MOVIE: PEARL HARBOR - . the goal : cripple u.s. naval might in the pacific, allowing japan to seize control of