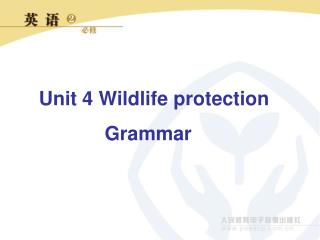 Unit 4 Wildlife protection Grammar. I. Warming up. Look at the following sentence paying attention to the words in blue. We are being killed for the wool beneath our stomachs. Warming up. Sentences using the same structure:.