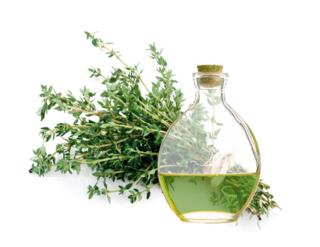 MRSA infection. Methicillin-resistant Staphylococcus aureus (MRSA) infection is caused by a type of staph bacteria that's become resistant to many of the antibiotics used to treat ordinary staph infections.

Most MRSA infections occur in people who've been in hospitals or other health care settings, such as nursing homes and dialysis centers. When it occurs in these settings, it's known as health care-associated MRSA (HA-MRSA). HA-MRSA infections typically are associated with invasive procedures or devices, such as surgeries, intravenous tubing or artificial joints.

Another type of MRSA infection has occurred in the wider community — among healthy people. This form, community-associated MRSA (CA-MRSA), often begins as a painful skin boil. It's spread by skin-to-skin contact. At-risk populations include groups such as high school wrestlers, child care workers and people who live in crowded conditions.

MRSA infections can resist the effects of many common antibiotics, so they are more difficult to treat. This can allow the infections to spread and sometimes become life-threatening.

MRSA infections may affect your:

How is MRSA transmitted?

MRSA in the community is spread from person to person by direct contact; in addition, indirect contact is also a means of spread because the bacteria can survive on objects like towels, benches, shaving equipment, and other objects.

For a person to become infected, MRSA usually needs to have a breach (abrasion, cut, rash, or puncture) in the skin. Hospital spread of MRSA can include the above methods in addition to spread by blood, saliva, and/or droplets in the air that can land on people's skin or other surface if the person has pneumonia.

Hospitalized patients who are MRSA carriers or infected with MRSA usually are put under isolation conditions (for example, gloves, masks, gowns, and minimized physical contact by visitors) to help prevent MRSA spread. MRSA - . staphylococcus aureous. common cause of boils and soft-tissue infections as well as pneumonia and other

MRSA - . resistance = the ability to survive exposure to a dose of a chemical poison that is usually lethal. mrsa stands

MRSA - . what is it?. mrsa. methicillin-resistant staphaureus (mrsa) caused more than 94,000 life-threatening infections

MRSA - . learning objectives: to explain how antibiotic resistance can occur. to discuss the possible ways to reduce the

MRSA - . toms bernhards. what is mrsa?. it’s a strain of staph infection that is resistant to the group of antbiotics

MRSA Infection - . staphylococcus aureus. common bacteria that is the cause of most boils and soft-tissue infections. 25