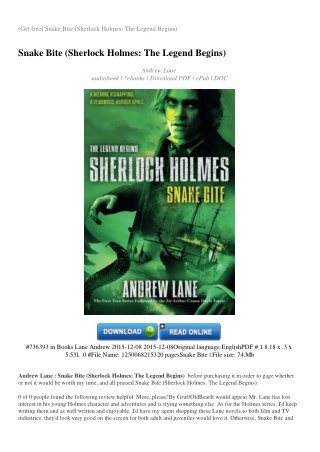 Introduction to Chemistry - . “the world is full of obvious things. which nobody by any chance ever observe.” --

Introduction to Chemistry - . “the world is full of obvious things. which nobody by any chance ever observe.” --

The Legend of the Pineapple - . a philippine folktale on how the pineapple came to be. once upon a time there was a

Lloyd: What do you think the chances are of a guy like you and a girl like me ... ending up together? … What are my

The King Cobra Snake - . by jamie