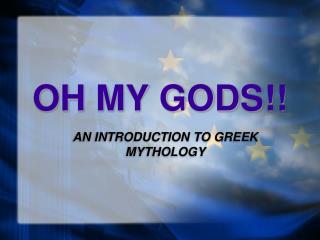 OH MY GODS!!. AN INTRODUCTION TO GREEK MYTHOLOGY. Mythlopedia-- “Oh My Gods!”. Written by Megan E. Bryant Available via Scholastic Books. WHAT IS MYTHOLOGY?. “Mythology” is a word used to describe all myths of a particular society.

The People of the Sun Chapter 7 – Our Worldviews - . according to legend the aztec settled where they did because they

Theatre through the Ages - . greek theatre had a religious significance and an offering was always made to the gods