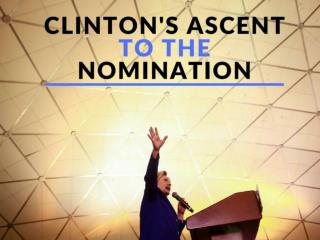 Hillary Clinton is officially named as the Democratic presidential nominee. The Republican field - The official and likely candidates for the gop

Fashion for Hillary - Fashion designers and models show off the "made for history collection", supporting the

Girls for Hillary - Girls in the audience at hillary clinton's

The Tensions of Judicial Appointment - Process for nomination to the supreme court. presidential advisors make a list of