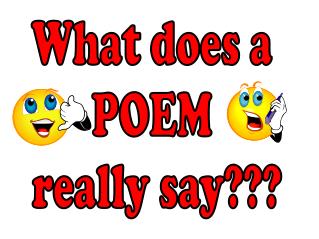 Just Because Poem - . notice the structure/form?. just because i’m scared don’t laugh and giggle behind my back

Reciprocation - . pointless but true not all inspirationy or exciting but true nonetheless my life this morning in a

“To His Excellency, General Washington” - . by phillis wheatley. introduction. wheatley prefaces the poem with a

Unit 6- Poetry - . english ii world literature. types of poems. the sonnet the acrostic the ode the riddle poem the

Write a Self-portrait Poem - . objectives : to generate similes and metaphors that represent various aspects of your