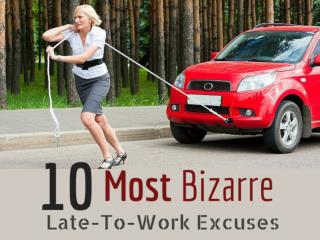 Late Work - . accepted before the end of the quarter. work turned in late earns at most a 70% unless discussed with

Late Work - . many students have low grades because they have not completed the following assignments: amending the

Most bizarre festivals in the World - . festival of oranges in

Excuses - . of moses. introduction. in response to god’s call to bring his people out of egyptian bondage, moses

No Excuses - . if you are limited on space and equipment and members are saying they don’t have the time, then this

No Excuses! - . let’s get it started!. it’s common for kids to try to avoid taking responsibility for their actions,

“Bizarre Christians” - . “bizarre christians”. how does the world see you? have you ever been accused of being

Making Excuses - . isaiah 5:20. definition. an excuse is a reason that is given in an attempt to justify something that: