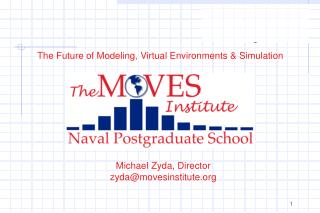 The Future of Modeling, Virtual Environments & Simulation. Michael Zyda, Director zyda@movesinstitute.org. Outline. Where we are today & how we got there A fork in the road We can continue to hack and make little in the way of technological investments

KIDS HOPE USA Director Conference A pictorial review - . devotions with jinny!. state of the union. the orange team. the

Safety Director - . course credit. has everyone signed the roster?. please use your legal name, home address and phone

TOWARDS A DYNAMIC THEORY OF STRATEGY - . author. michael e. porter is the c. roland christensen professor of business