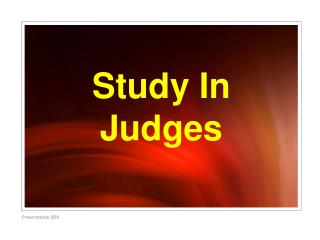 Study In Judges. Chapter 2v20-3v31. The Judges Take The Stage. No fewer than five reasons are given in the book of Judges for Israel’s failure to possess the land fully: It was because of the superior arms and fortifications of the Canaanites [ 1v19 ]. Study to Size the Counterfeit Market for Auto Components in India - . july 2006 prepared for: prepared by: business

The AKC Website – A Tour - . charley kneifel 8/28/10 parent club conference. what will be covered today?. presentation