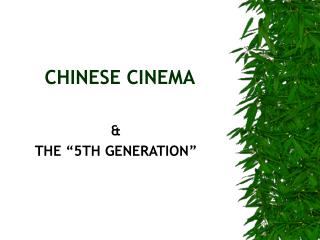 A BRIEF INTO THE CHINESE LEGISLATIONS - . types of companies ( gongsi ) under the chinese law. limited liability

Three Chinese Philosophies - . confucianism, daoism, legalism. confucius said to his students,. shall i teach you what

The Chinese YoYo - . a toy of many names…. one name for the chinese yo-yo is: “xiang huang ” in chinese its in