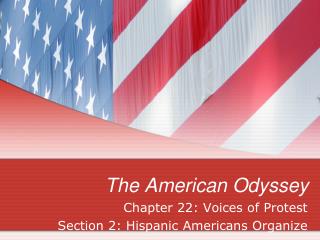 The Odyssey - . homer. the odyssey by homer. part one supplemental vocabulary. epithet. a word or phrase used to describe

Greek Mythology, Epic Poetry, And The Odyssey - . greek mythology. mythology is the study of myths myths are stories

The Odyssey - . book v. in olympos. the gods are having a council athena informs zeus of the suitor’s plan to ambush

The Acadian Odyssey - . french settlers left the vendee region of france to settle in acadie (nova scotia) around1604 .

The Odyssey - . by homer translated by samuel butler. who wrote the odyssey ?. though homer is the supposed author of

The Odyssey-Book 9 - New coasts and poseidon’s sons. the odyssey-book 9. you make work with your table partner if

The Iliad and The Odyssey - . based on stories first told over 3000 years ago in what is now greece the stories are about

The Odyssey - . from the twisted and insane mind of an english teacher. sing in me, muse, and through me tell the story

The Odyssey - . an epic poem by homer. the odyssey. epic poem composed by the greek poet homer between 900-700 b.c.

Homer and The Odyssey - . the odyssey was written in the 9 th century b.c., and a blind poet named homer is said to be

The Odyssey - . by homer ca. 700 bc. characteristics of the epic. long story deeds of a hero determines fate of a whole

THE ODYSSEY - . an epic poem written by homer. origins . one of the most famous epic poems ever written written between