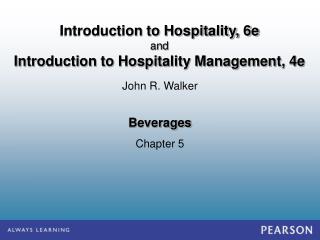 All About Beers - . beer is the generic term for all fermented beverages made from malted grain (usually barley), hops,

Prohibition - . the 18 th amendment went into effect in january of 1920, banning all alcoholic beverages. many believed

Level 1 pH Theory - . section 1 . what is ph and how is it measured? . why measure ph?. final product quality depends on

Dairy and Beverages - . chapter 25. dairy products. milk and cream. categories and definitions milk is used as a beverage