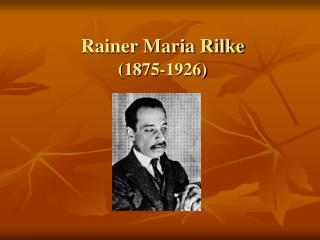 Rainer Maria Rilke (1875-1926). AC : People see you and they expect to hear “Me and Bobby McGee.” In retrospect, how prophetic is the line “Freedom’s just another word for nothing left to lose”?

Life is not Fair - . quotes from a gift of days: the greatest words to live by author: stephen alcorn athenaeum, new york

Dissemination Guidelines Maria Jesus Vinuesa - . what is the objective of the course?. learn about spanish nso