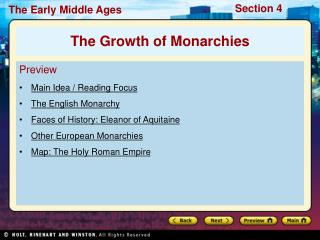 Main Idea and Supporting Detail Flip Chart - . this is a great guideline for students to practice identifying main idea

Finding the Main Idea - . from study island. what is “main idea?”. the main idea of a story or passage is what the

Chapter 13:The High Middle Ages Section 1:The Crusades Begin - . mr. perfect world history. a. the backgrounds of the Graphic Organizers for the Common Core: ELA (K-2) Preview Sampler - This is preview sample of the graphic organizers i