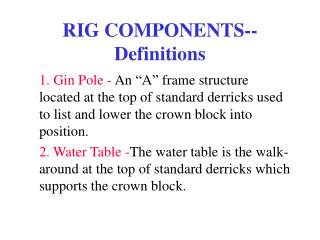 Ecology is: - . the study of the interactions among organisms and their interrelationships with the physical environment.

Operational Definitions - . in our last class, we discussed (a) what it means to quantify psychological variables and (b)