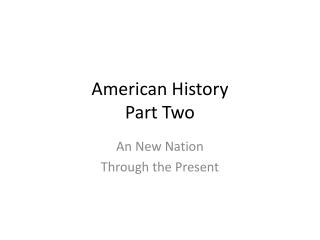 American History Part Two. An New N ation Through the Present. Washington Becomes President. Main Idea President Washington and other leaders tried to solve the new nation’s economic problems. This led to the rise of political parties. Organizing the Government.