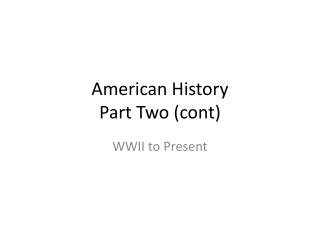 AP US HISTORY - . essential questions. what did “america” look like when europeans got here?. what were the natives

Giving Facts We live in the most affluent society in human history. American Christians control 70% of the world’