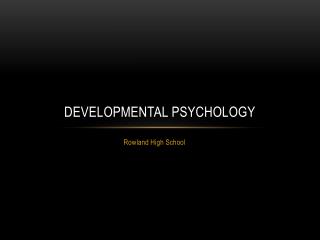 Cognition: AP Psychology - . learning targets:. ap students in psychology should be able to do the following: compare and

Social Psychology - . the tremendous power of the situation. what is social psych?. branch of psychology concerned with

Chapter 1 What is Psychology? - . what is psychology?. psychology is a word deriving from greek roots: psyche –