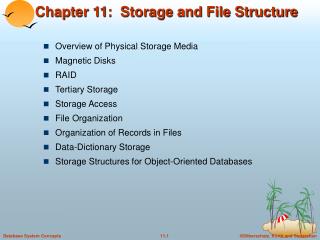 Chapter 5 Cell Structure - . warning!!. much of this chapter is covered in biology i so the pacing will be rapid. focus

File Systems - . guide to operating systems second edition. objectives. after reading this chapter and completing the

Chapter 6 - . supporting i/o and storage devices. objectives. learn about the general approaches you need to take when