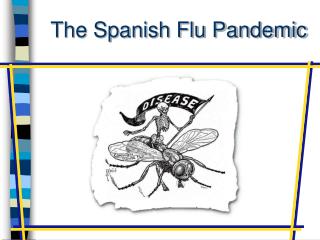 Pandemic Flu - . preparation for individuals and families. cdc (centers for disease control). www.cdc.gov click on the

Spanish Flu - . by cierra and kate. symptoms. killed people in hours. first you would get the symptoms. some of the

Pandemic (Avian) Flu - . to be or not to be…. describe influenza. rna virus with 8 single strands of rna wound

Swine Flu Pandemic - . what if???. plague hits tuscola what might happen?. tuscola bp ( before plague ). town is

Avian flu pandemic - . “most experts believe that it is not a question of whether there will be another severe

The Pandemic Flu of 1918 - . a medical holocaust. pandemic flu. pandemics happen every 10-50 years the pandemic flu that