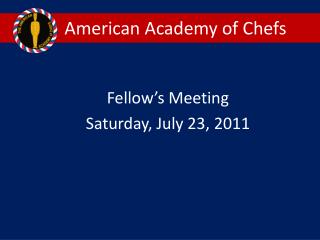 American Academy of Chefs. Fellow’s Meeting Saturday, July 23, 2011. Pledge of Allegiance. I pledge of allegiance to the flag of the United States of America, and to the republic for which it stands, one nation under God, indivisible, with liberty and justice for all. Kitchen Supplies for Home Chefs - If you are a home chef, you may be wondering about where to get the best supplies for The NRA convention in Dallas - The national rifle association holds its annual meeting in dallas, texas, as activists

Indivisible - - &quot;i pledge allegiance to the flag of the united states of america and to the republic for which

What Chefs do When they Get Bored

Thank You for your willingness to serve the youth of Lawrence County as a 4-H Volunteer - . 4-h just the basics!. what