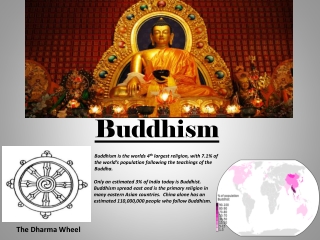 Buddhism. Buddhism is the worlds 4 th largest religion, with 7.1% of the world’s population following the teachings of the Buddha.