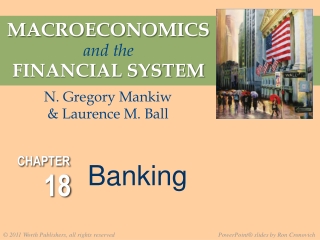 Banking. CHAPTER. 18. In this chapter, you will learn:. the types of banks about securitization of bank loans the kinds of risks banks face and how they manage these risks what causes bank runs and bank panics how deposit insurance reduces bank runs but increases moral hazard