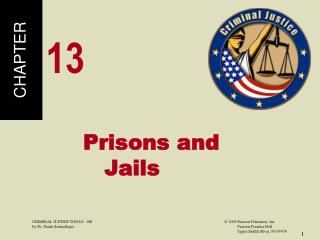 CHAPTER. 13. Prisons and Jails. Prisons. A prison is a state or federal confinement facility that has custodial authority over adults sentenced to confinement. The use of prisons as a place to serve punishment is a relatively new way to handle offenders.