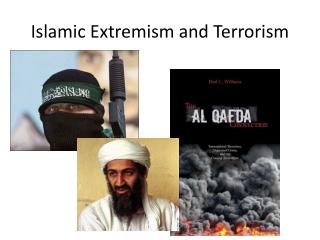 Islamic Extremism and Terrorism. Al Qaeda. Al Qaeda (Arabic for “the base”) is a complex international Islamist terrorist network made up of regional affiliate organizations and clandestine cells with varying degrees of communication with the group’s ideological and operational leaders.

Terrorism in the Middle East - . background. modern islamic terrorism can be traced back to the 19 th century. many

Terrorism 101 - . who did it? why did he/they do it? what did he/they get out of it?. definition of terrorism:. september

Workshop in Political Violence, Terrorism and Extremism in Greece and Europe - Applying social movement theory in

International Terrorism - . history of terrorism. terrorism has been used since the days of the roman empire jews

Terrorism, Afghanistan, Pakistan and the US role in the region - . dr. syed hussain shaheed soherwordi