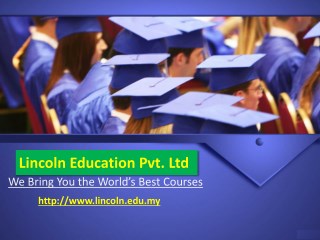 Malaysia is a small country with a land area of approximately 330 thousand square kilometers and a population of 23 million people comprising of Malay, Chinese, Indian, and other minority groups. The various races live together peacefully and harmoniously in the country.

The official religion of Malaysia is Islam but other religion such as Buddhism, Christianity, Hinduism, Taoism and other religions are practiced freely by the people.

Malay is the national languages of the country and is spoken by all Malaysians. Chinese, Tamil and other languages are also spoken among the people. English is widely spoken by most of the people in cities and big towns. How to Use Eduspace Tools with Financial Accounting - Needles, Powers &amp; Crosson - University of nebraska, lincoln