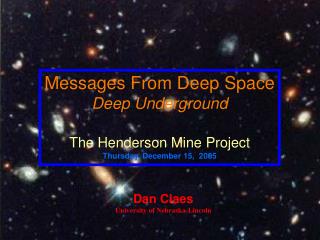 David Beukelman University of Nebraska, Lincoln With support from: AAC-RERC/NIDRR/USDE - Reducing the