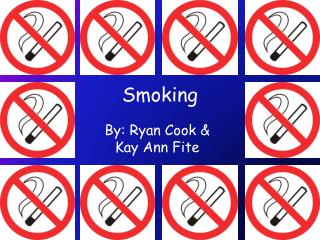 SMOKING - . by:jaylen watson and charles wilson. bhadd outcomes of smoking. you cann damage your lungs you can get cancer

SMOKING - . one of the leading causes of respiratory and cardiovascular diseases in the world. tobacco is the 2 nd major

Smoking - . why, oh why, do people smoke?. advertising. 400,000 people die (americans) from the effects of cigarette

Smoking - . presented by the alberta pharmacy students’ association. first, some questions. 1. how many people to you

Smoking - . what’s in a cigarette . nicotine: the addictive drug in cigarettes stimulant: is a drug that increases the

Smoking - . hazardous to your health b.porchelvi 513a. the facts. smoking : is addictive – more than heroine or cocaine

Smoking - . ok or wrong?. why to quit (doctor’s and researcher’s reason). reasons to quit (off the internet).