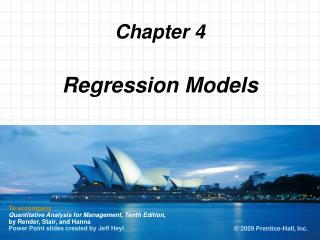 Chapter 12: Analyzing Association Between Quantitative Variables: Regression Analysis - . section 12.1: how can we model

Binary Logistic Regression - “to be or not to be, that is the question..”(william shakespeare, “hamlet”). binary

Session 6 - . outline. residual analysis are they normal? do they have a common variance? multicollinearity

The Least Squares Principle - Regression tries to produce a “best fit equation” --- but what is “best” ?

Illustration of Regression Analysis - . this problem is the major problem for chapter 4, &quot;multiple regression