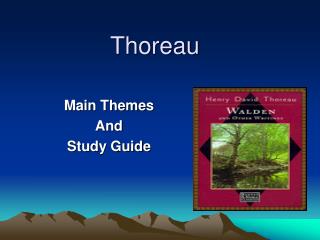 Thoreau Main Themes And Study Guide Quotes It is never too late to give up your prejudices. Walden Quotes

Thoreau - . annotating civil disobedience. what is your task?. your task is: to comprehend meaning; to appreciate the

Henry David Thoreau - . “if a man does not keep pace with his companions, perhaps it is because he hears a different

Henry David Thoreau - . who was thoreau?. thoreau exerted a profound, enduring influence on american thought and