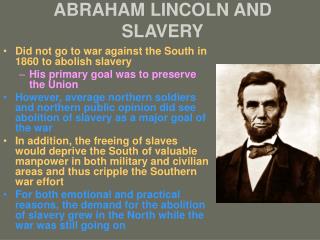 ABRAHAM LINCOLN AND SLAVERY. Did not go to war against the South in 1860 to abolish slavery His primary goal was to preserve the Union However, average northern soldiers and northern public opinion did see abolition of slavery as a major goal of the war

11 key incentives proposed for start-ups - Start-up shall mean an entity: incorporated or registered in india not prior

28.3 The End of Reconstruction - . main idea as white southerners regained power, reconstruction ended, as did black

27.3 The End of Reconstruction - . write this down on the left hand side, this is your title page. the page number is

(Referring back to your notes from Friday if necessary….) WHY DID RECONSTRUCTION END IN 1877? - . brainstorm