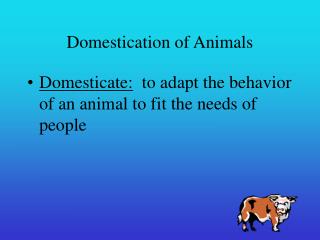 The Importance of Being Earnest By Oscar Wilde - . oscar wilde was an extraordinary character, a coveted party guest

The Nature &amp; Importance of Entrepreneurship - . chapter 1. “ being an entrepreneur and creating a new business

Genetic Selection of Horses - . introduction. genetics are not as utilized in the horse industry as in livestock species