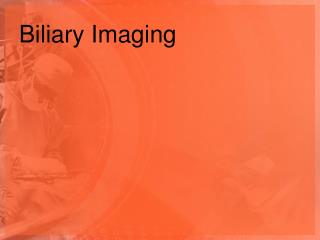 Biliary Imaging. Radiographic examination of the biliary system involves studying the manufacture, transport, and storage of bile. Bile is manufactured by the liver, transported by various ducts, and stored in the gallbladder. .

Biliary System - . objectives. at the end of the lecture, the student should be able to describe the: location, surface

Biliary System - . bile, required for the digestion of food, is excreted by the liver into passages that carry bile

Biliary Conditions - . nur-224. objectives. discus management of patient with cholelithiasis. use the nursing process a

BILIARY PASSAGES - . objectives: 1. the student should be able to identify &amp; describe the histological features