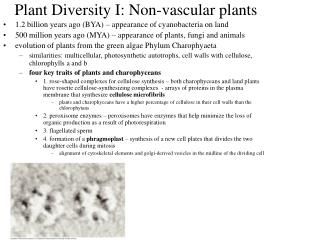 Parts of the plant and their functions - . importance of plants. without plants life on earth would not exist. plants:.

The Plant Kingdom: Seedless Plants - . chapter 27. learning objective 1. what are some environmental challenges of living

The Future of Ethnobotany - . what is ethnobotany?. ethnobotany is the study of the interactions of plants and people,

Plant Anatomy and Nutrient Transport - . chapter 43 . in order to survive, plants have to…. the best ways to appreciate