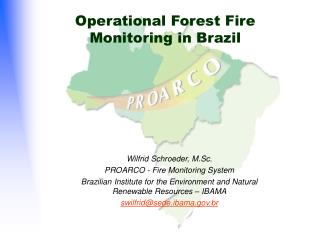 A Forest Fire - . a science demonstration “likewise the tongue is a small part of the body, but it makes great boasts.