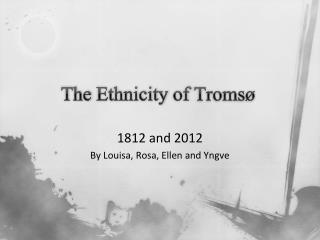 The Ethnicity of Tromsø

The Ethnicity of Tromsø

Why is history important? - History,ethnicity, medicine and genes: implication of genomics for community screening and