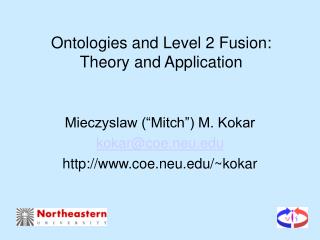 How can ontologies help with electronic health records? - . kent spackman, md phd. bottom line:. the world is not made up