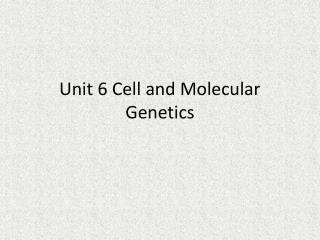 Unit Three “Cell Proliferation and Genetics” - . “meiosis”. history of meiosis. in the mid 1880’s after

Unit 6 - Genetics Introduction - . you look the way you do because of the genes your parents passed on to you at