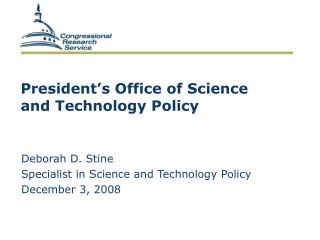 Tom Ruckdaschel Office of the Under Secretary of Defense (Acquisition, Technology and Logistics) Property &amp;