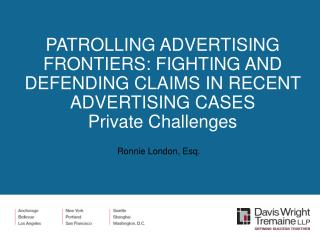 Ronnie Lym - Is a professional salsa dancer and trains in a leading dancing academy. lym started dancing at a tender age

Ronnie Raevsky - Is a landscape artist. ronnie raevsky became famous after he entered into an agreement with a

RONNIE C. WRIGHT - . life map. born in brooksville, florida. taught to read at age 3. given a plow at age 6 for birthday.

By RONNIE YOUNG - No money for classroom support: effective classroom differentiation for the student on the austism

Diary with Ronnie the bear - . ana roršek. my