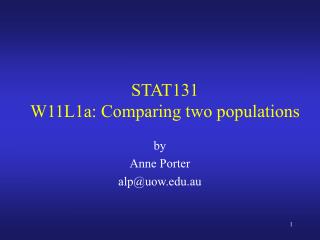 Comparing r and b - . how to choose, moving from one to the other, and sampling distributions. how is the raw score slope

RDA Compared with AACR2 - Presentation given at the ala conference program session look before you leap: taking rda for